Through its broader auto-burglary operation, “Auto Pilot,” which has been ongoing for over a year, the District Attorney’s Office has devoted extensive resources to solving and preventing car burglaries—a problem that has long plagued San Francisco.  To respond to these crimes, which happen fast and rarely result in arrests, District Attorney Boudin created Operation Auto Pilot in 2021 to track items taken from “bait cars” during auto burglaries. The stolen items have led investigators to the international fencing networks making these crimes profitable. Operations Auto Pilot and Bulldog have given rise to numerous investigations, some of which remain ongoing and confidential.

“Car break-ins have been a longstanding problem in San Francisco for at least the past decade; I created Operation Auto Pilot to take aggressive action against the fencing networks responsible for so much property crime,” said District Attorney Boudin. “I commend our Special Investigations team that worked tirelessly for over a year to set up multiple sting operations to track the path of stolen goods, resulting in today’s arrest and the recovery of over 130 file boxes full of stolen electronic devices. We hope that this sends a strong message to deter anyone considering breaking into a car or buying stolen goods: we are watching, and you will be held accountable.”

Operation Auto Pilot responds to the longtime problem of auto burglaries in San Francisco. The District Attorney’s Office set up locked bait cars with bags left in plain view that contained high value electronics secretly equipped with a tracking device. When an auto burglary was committed on one of the bait cars, investigators from the District Attorney’s Office tracked the suspects and the electronic goods using the electronic tracker on the bait item to the location where the burglars would sell the stolen goods. Often, the item was sold and resold several times before being shipped out of the Bay Area.

As part of Operation Auto Pilot, the District Attorney’s Office formed partnerships with the American Car Rental Association, SF Safe, and community leaders to hear directly from victims of auto burglary and the groups working to help combat these crimes. These partnerships influenced the work of the operation and helped lead to the successful arrest and charging of Mr. Le.  The District Attorney’s Office has charged Mr. Le with 8 counts of felony and 4 counts of misdemeanor possession of stolen property.

“Breaking up the fencing rings that drive property crimes is critical to reducing property crime rates in San Francisco. The District Attorney’s Office’s Operation Auto Pilot is an innovative program to use rental cars as bait, and I am delighted that it has delivered such a meaningful result,” said Sharky Laguana, President of the American Rental Car Association.  “A major outlet for stolen goods is now shut down. We thank the District Attorney’s Office for their partnership and look forward to continuing to work together on this important issue.”

“The mission of our organization is to keep everyone in our community who lives, works, or visits San Francisco as safe as humanly possible, and we appreciate the opportunity to partner with local law enforcement on these types of innovative public safety strategies,” said Kyra Worthy, Executive Director of San Francisco SAFE, Inc.

In Operation Bulldog, a smaller operation under the Operation Auto Pilot umbrella, investigators from the District Attorney’s Office tracked a stolen laptop from one of these bait cars using the electronic tracking device. This led District Attorney investigators to a known fence, Quoc Le, who took possession of the bait laptop in a parking lot. Using the tracker, investigators then followed the item back to Mr. Le’s business establishment, a boba tea shop. Over the following days, they followed the stolen goods from Mr. Le’s establishment to Fed Ex and tracked it through the delivery process.

Following the initial success of the operation, a San Francisco Superior Court judge granted a search warrant to track Mr. Le’s car, and granted seventeen additional warrants for cell phone, shipping, and other business records. Through this work, investigators were able to establish a pattern of Mr. Le buying and selling stolen goods from all over the Bay Area out of his business. Mr. Le’s large operation involved shipping stolen goods to Southern California and internationally to countries like Vietnam and Hong Kong.

Once it was apparent Mr. Le was shipping stolen property internationally, the San Francisco District Office coordinated with Homeland Security Investigations (HSI) for assistance in investigating the international arm of this fencing operation.

During this operation, inspectors also used information obtained from two victims who had their electronic devices stolen and who were able to track their own devices to Mr. Le’s business, using the “find my device” feature.  These victims had their goods stolen in San Francisco and from a parked car in Morgan Hill.

“The fact that a victim from as far away as Morgan Hill tracked her goods stolen to Mr. Le’s business, along with other confidential information we have obtained, reveals that Mr. Le’s illegal fencing operation not only moves a large volume of stolen goods, but is geographically widespread,” said Chief of District Attorney Investigators Steven Tull.  “Mr. Le’s arrest is just one part of this ongoing investigation, and I thank District Attorney Boudin and everyone in our office who has been assisting with Operations Auto Pilot and Bulldog to target those who are profiting off the sale of stolen goods taken from San Franciscan’s cars.”

Yesterday, San Francisco District Attorney’s Office recovered electronics that filled over 130 file boxes: laptop computers, cell phones, tablets, and more. In addition to the estimated 1,000 electronic items recovered, $13,000 in cash was also recovered during the arrest. The District Attorney’s Office is working to identify the original owners of devices recovered. If you were the victim of property crime in San Francisco, please go to www.sfdistrictattorney.org/auto-pilot and fill out the form with your information for cross referencing with the devices recovered.

The District Attorney’s Office thanks Homeland Security Investigators and the United States Postal Service Inspectors for their assistance in the arrest of Mr. Le and recovery of property and for their continued partnership in the ongoing operations. Mr. Le is expected to be arraigned this afternoon. 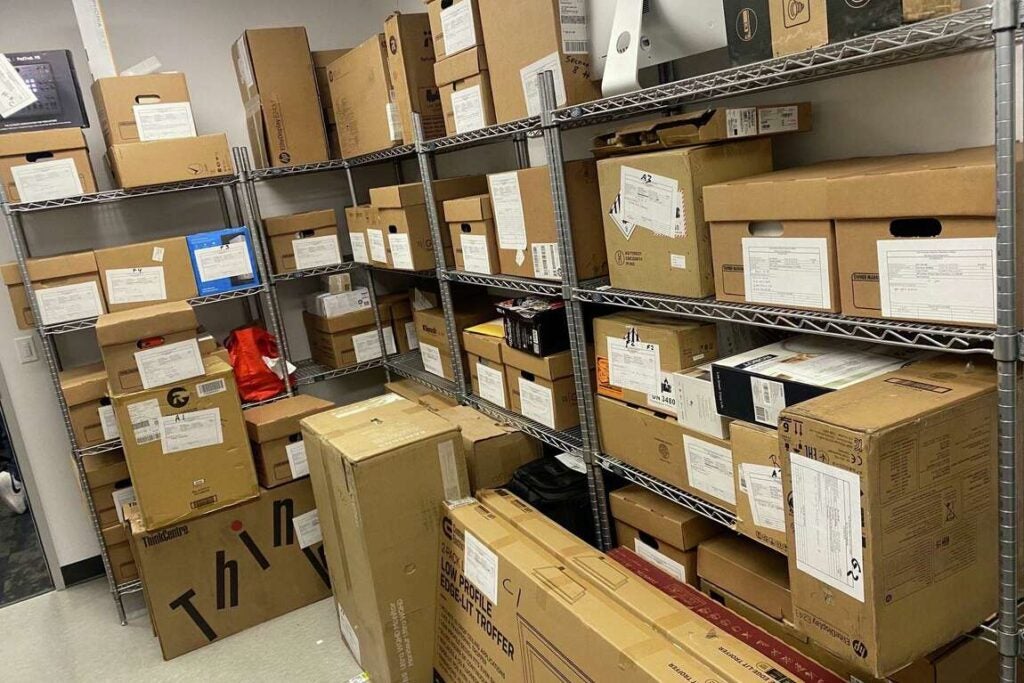 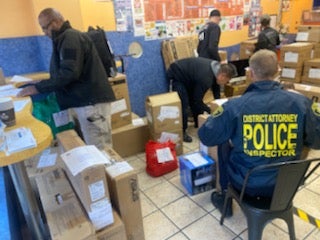 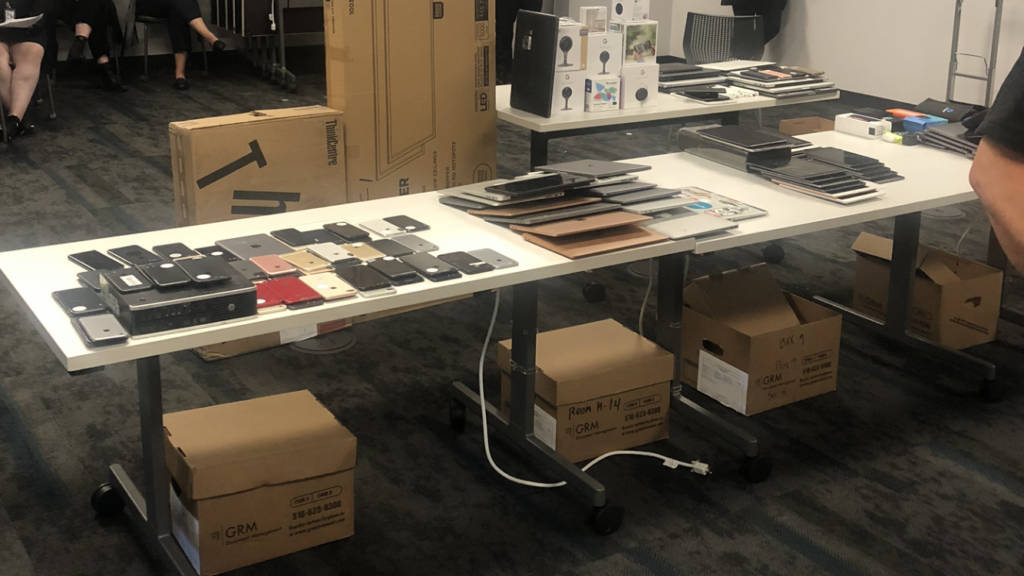